Hidden Figures: What The Women Can Teach Us About Business and Beyond 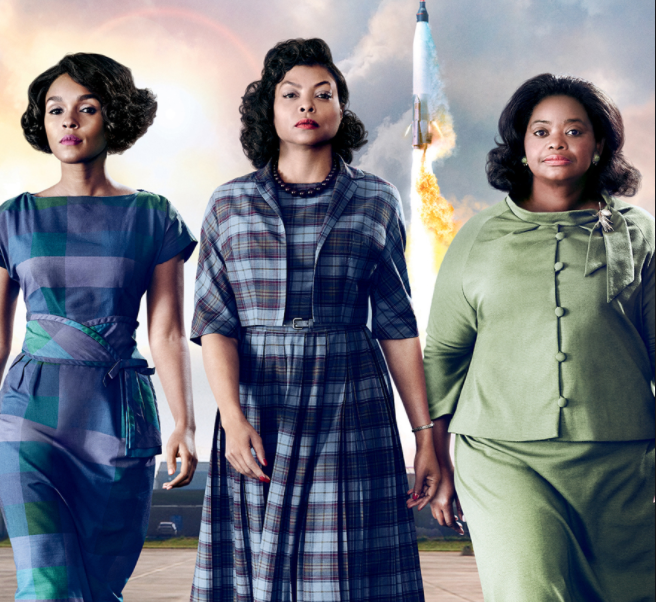 Last night, I saw Hidden Figures, an untold true story about the three African American women who played vital roles in the success of NASA's most critical missions.  Hidden Figures told a well-known story from a different perspective. We've heard about the 1st American astronaut to enter orbit, but we've never heard about the unsung heroes who reviewed AND delivered the complex calculations that got him there.

Katherine Johnson (Taraji P. Henson), Dorothy Vaughan (Octavia Spencer) and Mary Jackson (Janelle Monáe) are resilience personified. Speaking of resilience, can we talk about Taraji's character for a minute? How she had to run half a mile across campus just to use the bathroom? I know I would've stashed a little pot and wippies under my desk before I ran across somebody's campus in pumps. Just saying.

So, back to the main point of this post. Throughout the movie, I saw 3 key themes that we can apply to business and beyond:

"It's just the way things are."

"There is no such thing as a woman engineer."

"It's against protocol to have women in Pentagon briefings."

"This curriculum wasn't designed for women."

"We don't hire supervisors from your department."

These were some of the remarks made to Kathy, Dorothy, and Mary. Accepting things as they are without ever asking why is sheer laziness. If it hasn't been done - in business or in life - that should be more motivation to be the one to make it happen. It takes bravery and brilliance to make the "unheard of" the new standard.

Kevin Costner's character was pissed to find out that the Russians were the first to orbit the Earth.

"How could we get 2nd place in a two-man race?" Mr. Harrison asked the team. He figured the only reason they got it was not because they're smarter or better, but because they wanted it more.

That. Is. So. TRUE. Oftentimes, the smartest, most qualified person doesn't get the opportunity. It's the person who's hustling and never letting up who reaches the desired outcome first. There's always someone behind you that's putting in 150% to your 100%. Tenacity trumps talent - never let up.

3| Stay relevant in your industry by acquiring new skills.

For the longest, the human computers computed all the calculations by hand for NASA's missions. But when new technology (the IBM) posed a threat to Dorothy (Octavia Spencer)'s department, she bossed up. She learned Fortran, a programming language, and transferred that knowledge to her team. When nobody knew how to operate the IBM, she and her team was fully equipped for the task. The moral of the story? Stay current and on top of trends in your industry. Acquire new skills to stay relevant. You can't consistently add value if you refuse to level up on your skills.

This movie is a definite must-see. What other themes did you find that can be applied to business and beyond?