The Two Ah-ha! Moments That Inspired Me to Live in Purpose, on Purpose 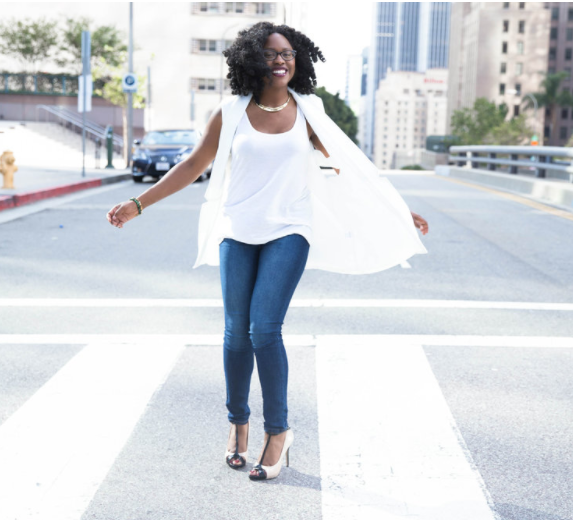 In Spring 2015, I received a “3” performance rating on my annual review. Although the rating was considered a successful contributor, I felt it wasn’t aligned with my contributions for the year.  I requested a meeting with my manager to discuss our difference in opinion. My performance year was a unique situation – I was reporting to three different managers during that time period. So, all of them were in the meeting that day.

I came prepared. I gave them examples of how I went above and beyond my call of duty throughout the year. I expressed that receiving that rating made me feel unmotivated and I wanted their feedback on my performance. They listened attentively, and when I was done, one of the managers simply said, “We don’t want you to feel unmotivated. You’re a great worker, but your contributions didn’t directly impact the business.” If someone had dropped a brick on my chest, I don’t know if that would’ve equated to the pain and disappointment I felt that day.

Flashback to New Year's Eve 2012, when I received an epiphany after Bishop Dale Bronner said, “Don’t die with your gifts still on the inside of you; impart to others what was entrusted to you.” I spent 2013 compiling poems and short stories written from age 6 to 26, and later in 2014, I published “My Channeled Energy” on my birthday. That was the first time I believed I could share my writing gifts and make supplemental income from it. But the negative self-talk, coupled with the disbelief that I could actually make it by sharing my gifts set it in. So, I decided to keep my creative fire dimmed and focus on proving my value in Corporate America.

But telling me that my contributions didn’t directly impact the business lit a fire underneath me. It gave me just enough ammunition to shift gears out of my dormant state. I thought, Well, if I’m not impacting their business, then I’m going to figure out how to use my own gifts to impact people’s lives.

Ah-ha! Moment #2: Create Your Own Impact

I had been sitting on a children’s book idea for a while. The idea actually came to me when I was working on “My Channeled Energy.” Not wanting to take my focus off that project, I quickly jotted down a few notes so I wouldn’t forget the vision and saved it on my thumb drive.

Soon after I received my performance rating and the managers’ feedback, I went home, found the thumb drive, and started developing the storyline. In Fall 2015, “I Am Unique!” was born – a story about self-love that stemmed from my childhood insecurity of having a birthmark. I hired an illustrator and we worked magically together.  Waking up early to work on my passion project before heading to the 9-5 was my way of life for several months. Then in January 2016, “I Am Unique!” was published.

Two months later, I was laid off and left with mixed emotions. I was relieved that I was released from an unfulfilling job, but also scared because I had no other source of income. I spent 2016 taking “I Am Unique!” to schools, youth empowerment groups, and non-profit organizations to share the message of self-love and the importance of sharing your gifts. My former managers might not have seen the impact I made on their business, but I could see firsthand the impact my story was making in girls’ lives. After a reading at my former elementary school, one little girl came up to me and said, “You’re my new role model.” This is a testament to what happens when you honor your gifts. I’m continuing to build the “I Am Unique!” brand with aspirations of positioning Erin, the main character, as the face of self-love. She embodies my personal motto to “live your life undimmed” because I believe we should do work that sets our soul on fire, to not play small in life, and to stand fearlessly in all our power.

This journey has been daunting, yet liberating. While there is no blueprint to destiny, I have been entrusted with the opportunity to walk in my purpose, on purpose. I stopped trying to prove my value to others that may never get it and started directing my talents, time, and attention toward people who actually do. My hope is that through my books and passion projects, I inspire others to do the same.

WHAT WAS THE "AH-HA!" MOMENT THAT SET YOU ON THE PATH YOU'RE ON TODAY?